Do you know who the grand comedian of the entire Universe is ?

Can you take a guess?

A lot of times I see people who call themselves comedians, trying to make people laugh. Some are great at what they do, while others,your guess is as good as mine. I know someone who is rich in great humor than you can ever imagine.

He is God, The architect of the universe and the master of all,The greatest Comedian of all ages. Seasons come and seasons goes but His sense of Humor is forever fresh. As fresh as the morning dew.

His Humor is wrapped around all of humanity,around our everyday life. 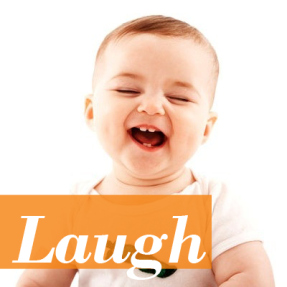 Let me take you down memory lane, in case you’re wondering,’what is she up to now?

Lady Sarah,a prima donna, elegant even in old age. There  she was, hiding behind the curtain,laughing her heart out at the announcement of the Angels that she would be with child at the fullness of time- ‘The time of life’, the Angel said to Abraham her husband.

“This must be some kind of joke”, she said to herself trying to hold the laughter from bursting out her.

“Me! give birth at what age?

God! don’t you think it somehow too late to be raising my hopes now!’ This time she had a defiant laughter on her face.

Moses, The prince of Egypt, A stammerer before Pharaoh,the Egyptian King, can you picture a stammerer,trying to deliver a Nation from slavery and oppression. You can imagine the Pharaoh laughing himself to stupor at the inability of Moses to finish a sentence without stuttering.  At the end of the day it was Moses and the entire Israel Nation that Laughed last.

The disciples of Jesus faced with a dilemma, there are over five thousand people, women and children included,waiting to hear from the Lord,seeking hope and deliverance from diverse life challenges, and to top it all up, they were all hungry.

‘Master,these people are tired and hungry’, said one of the disciples.

‘Why don’t we send them away so they can fend for themselves’, responded another disciple standing next to Jesus.

‘They don’t need to go away.You give them something to eat.’ Jesus replied.

‘What did you say Lord?’ find something for these multitude?

‘Are you kidding me, not even a year’s wage can feed these crowd’. said another disciple. l

‘Hey we have a young boy’s lunch here’. Maybe that we do something.

‘Really!! echoed the others,as they all laughed. What good will that do?

End result: The multitudes were fed with the little boy’s lunch and there was abundant left-over.

I could go on and on, into many other scenarios, of God’s ultimate sense of Humor especially in dire situations. There have been situations where things have been so difficult and you never thought you could ever come out of it. But you did come out of it.

Just like Sarah, there are many women out there who have been married for so long with having children, many have passed menopause,but then God steps in  as the Game changer  He turns things around,such that the people who have become the laughing stock of Men, because of their challenges, ended up laughing last, because the Almighty Comedian of the Universe, puts a never ending laughter in their mouths!

Friends,we all experience challenges,setback or losses that makes us cry,whine,murmur and complain,but when the storm is over ,He alone cause us to laugh over our mistakes,complaints and even unbelief.

In all that we go through on this side of eternity present,God strategically position a bit of comedy in those experiences, that we may praise Him at the end of it all.

When the LORD brought back the captivity of Zion, we were like those who dream.

Then our mouth was filled with laughter,And our tongues with singing .Psalm126:1-2

You can see that in all of the scenes, God indeed gave victory,supplied grace,and made abundant provisions beyond measure turning their laughter from(can this ever happen) to (The Lord has done great things for us and we are glad).

The Grand Comedian is still at work today! so no matter the situation you’re in,He has put a little comic relief in that situation.You may not see it right now, but when you hang on in there.  It will soon be over,and you will really Laugh! yet again because you always win when He is in your team.