I came across an Instagram Post of  a dear friend of mine- It was herself and her Husband celebrating their 10th year wedding anniversary with a renewal vows ceremony.  Sending out big congratulations to them.

Reading through all her words and the lovely memories they’ve shared  through photos really made me giggle.They were such beautiful words and one of the words she wrote was like an admonition to all the single people out there.

#Marry God’s Choice- I couldn’t agree less with her on that one. As if she knew the next question that will pop out of that statement she wrote further,”Ask him for a sign to know if the person you are marrying is His choice for you. God’s approval is the only one you need.

In this age of Instant this , instant that. You will agree with me that a lot of our young eligible bachelors and spinsters are not given to waiting on God for direction in that regard  it so saddening to know that even in Church, the idea of waiting and trusting God seems like waiting forever, so they’ll be like,getting things done in their own way.

The success of any family is rooted in the foundation of that family. The reason why we are dealing with failed marriages, separation ,divorce, abuse in today’s world is because of faulty foundation which starts ,having trust issues ,lack of self-control , the list is endless.

Marriage is team work,and it most crucial to the success of any society. If the home is good it will reflect on the society and if it is bad, there will be a reflection of that as well. Today many people get married for all reasons except the right reasons. They want social security so the ladies are looking for the guy who is already loaded, He has a great job, He has a great car,lives in a porch environment  and all other accessories to show off.

This day’s the guys are not looking for some girl who will end up being a liability to them, so the men are hunting for the women to milk dry.

On what ground was the marriage institution based on?

What was on the mind of God, when he thought up the idea of man and woman cleaving together to become one flesh?

Companionship- Remember, God said in Genesis, It is not good for this man to be alone, I need to find him someone that looks like him, that he can relate and play with. Because it was too obvious that the Man couldn’t find companionship in the animals ,despite the fact that he was the one naming the animals( That;s some level of companionship but it wasn’t enough).

God made a Woman out of the Man so that they could keep each other company and they could relate to the same frequency.

Friendship- Every human being needs friends to listen , to care, to relate with. Another major reason for marriage is friendship, and it is that friendship that keeps the relationship going after a while when it seems the love thang is not zinging.

Accomplishment -Eccle 4:9, Two are better than one because they have a good return for their labour. Success is multiplied within the context of marriage because both parties are challenging each other to be the best at their chosen field without any feeling of negative emotions.

Intimate sharing -that is taking friendship to another level.

Decent Sex- marriage is honorable to God , the bed undefiled. Sexual intimacy within the confines of marriage not outside of it.

Procreation- You will notice that procreation was not in the top list of these reasons, let’s go back to Genesis 2:24

That is why a man leaves his father and mother and his united to his wife and they become one flesh.

The other day, an argument came up among my alma mater about the issue of procreation,the question was.’is it compulsory to have children as married couples?

A lot of people gave a varying opinion. I shared my own views opinion with them ,that having children was not the primary reason for the institution of marriage,because if it were so, what would have become the story of couples who have been married for years yet have no children and they are still enjoying their union regardless.

Don’t get me wrong, I have been blessed with children in my marriage because having children enhances marriage especially in the part of the world that I come from. But what about those who are married but don’t have children, does that make them ‘less married’ or ‘less human’?  Having Children in marriage is part of God’s plan for the marriage Institution, but it is not the ultimate plan for marriage.

Divine Destiny-The fulfilment of purpose individually and collectively as married couples, no two marriages are the same, and every couple goes through varying challenges ,the ability to come out of such challenges is what makes couples celebrates anniversaries and renew vows, not because their marriages have been a bed of roses-  Maybe, it is because in actual fact roses have thorns! but they have been able to withstand the storms together.

Marriage is an Institution that you never graduate from, because learning is ongoing, both of you are learning on the job,

It is important to understand clearly these fundamentals. Especially to the young people who are plunging into the sea of wedlock without counting the cost.  In recent past, we have heard cases couples involved in domestic violence  resulting in fatal accidents and even death  because for one reason or the other they refused to deal with the warning signs while they were courting.

It always a beautiful feeling to celebrate milestones in marriage,and renew vows to stay together.  Big congratulations to as many people celebrating their wedding anniversaries, Renewal of Vows.

For those who don’t have the privilege to celebrate: Singles, Divorced,Widows- You are never alone. Enjoy life (Though it tough sometimes).

To the Single and still searching, ‘Look well, before you leap’. 😀 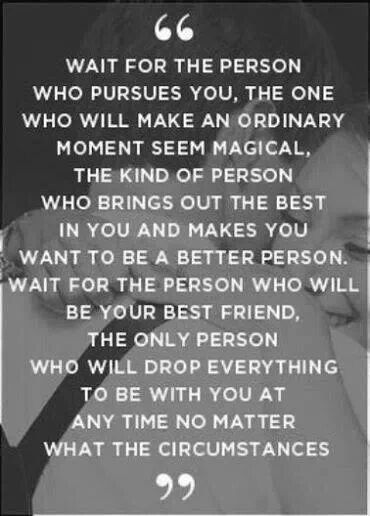 My uplifting take on Life! Please look at more helpful articles on the Resource Articles tab!

Strengthen the believer. Answer the critic.

My uplifting take on Life! Please look at more helpful articles on the Resource Articles tab!

Strengthen the believer. Answer the critic.